Since January I have been communicating with Matilda Temperley ( Matilda Temperley Photography) trying to arrange a mutually suitable time for me to go and join her in her studio in Somerset. We eventually managed to set a day.

Yesterday May 8th, I drove down to Kingsbury Episcopi near Martock. On arrival I was met by Matilda's father Julian. He took me into the house to find Matilda. The start of an amazing day working as her assistant.

For the first shoot we drove a couple of miles to a field chest high in Oilseed Rape. Spending time positioning the portable flash, The hope was that we would have some beautiful bright sunlight, instead we had cloud and rain. Matilda finding the right shooting angles and height (up a step ladder), Checking everything was ready then bringing the first model Rochana in for her shots, Once matilda had the shots of Rochana that she wanted we re set and got everything ready for the next series of shots with the second model - Anstasia. A different set of shots, moving the light into different position, After a couple of hours the shots were recorded.

Back to the farm for a cup of tea and discussion about the second  (studio) shoot in the afternoon. After tea, Matilda and I went down to her new studio a couple of miles in the other direction to the  rape field.

Once in the studio we set up 2 Colorfast backdrops one black and one blue. Set the lights in position, then set to work creating gobo's and 3 kaleidoscopes for Matilda's ideas.

By the time the rest of the team had arrived we were ready for the first set up. Hair, make up and costumes all done, a whole series of shots with 6' 2"  Rochana, Matilda tethered her shots into Lightroom so we could all see the image immediately post capture. Some amazing photographs.

Next it was Anastasia's first series of shots and so it went.

We did have a half hour break for lunch during the afternoon, but towards the end of the shoot the stylist was keen to move on to the next setup due to time running out. Matilda was so engrossed in her work she had lost track of time. By 6.30 pm there were still shots to capture of the models together. Finally the girls were made up and dressed to compliment each others looks and the final series of shots were set up.

By the time we had finished and Matilda and I had tidied up the studio it was pushing towards 8 pm.

I left the farm at about 8.30, a long day but one of the best days i can remember having experienced. I feel so priviliged to have had the opportunity to not only spend time watching Matilda work, but to have been asked to assist her on these shoots. 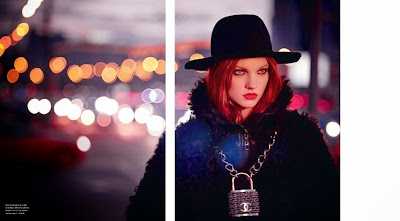 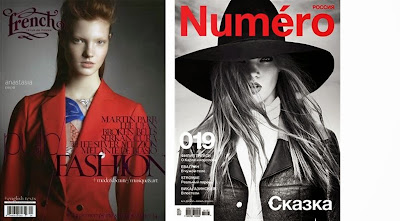 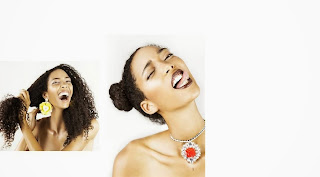 Both models are represented by Premier Model Management London.